Matthew is Gone! We Survived!

We stripped down InSpeyered 2 over the days while we waited for Matthew to move on up our way. Once we set the plan to move into the rented house, the stress lessened and we just did our chores. But it was hard to look at TV reporting of the damage done in Haiti and the Bahamas and it was hard to not get nervous about our situation.  The dock master, Rich assured us he has been through many hurricanes and he believes River Dunes is the safest marina he has ever worked in so that helped a bit! 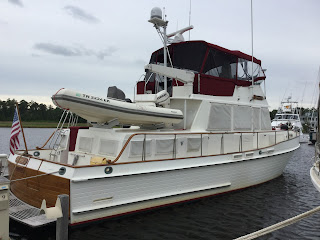 Took a picture of her before we stripped her down for insurance reasons.  Overcast skies lasted all week!  But it remained warm and breezy. 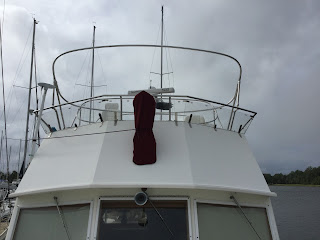 Then we removed all of the canvas on top and lowered the wiper antennas. 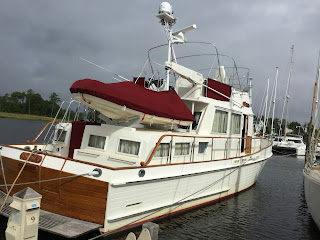 Anything like the life sling and boat hooks were stowed away so all blow away items were put into hatches. 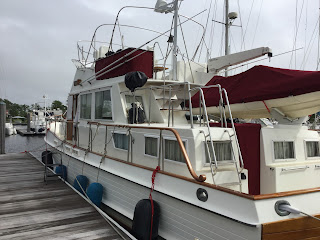 Our boat has lots of fenders expertly tied to the port side (by me) to keep us from bashing into the dock!
We made everything storm ready and then moved our stuff into our house on Friday afternoon before the rain started. But we didn't actually move ourselves into the house until Saturday late morning after the last marina planning meeting.  In between work times, we had some nice docktail times to talk about prep plans and make new friends.  We watched each other and shared streategies for making our boats and the marina safe.  Mike on Cal. Lady took point on setting up a radio net so all of the boats with people remaining in our marina were connected by radio through the storm and that was a great support  network. As it turned out, only one boat requested assistance in tightening up some lines early in the storm. The rain started Saturday afternoon and the wind gradually increased.  So out came the jigsaw puzzle borrowed from the marina office! 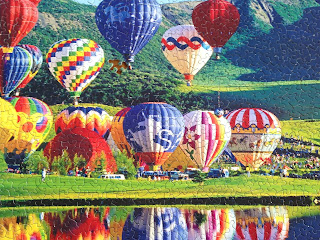 We were pleased to have power on all day Saturday so we could watch UT get beat by Texas A&M but sometime in the wee hours of Sunday morning we lost power.  A sailboater monitored wind speeds through the night and reported we had 40-50mph sustained winds with gusts to 65mph. The house shuddered on and off all night long.  By morning the rain gradually reduced to a drizzle and stopped in time for Al and I to take a long walk against some very stiff wind gusts.  (Even a storm can't keep us from getting a daily walk!) 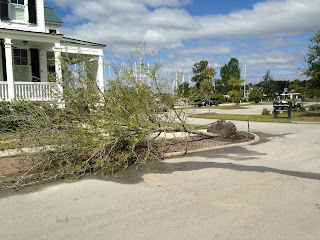 We encountered a few younger trees knocked down by the wind but there was no damage to boats, the marina or any of the homes on the property.  The storm surge expected to run over the roads never  rose that high and you can see the sky was a beautiful blue color on Sunday late morning.  For us, the storm was not as wicked as predicted.  Yeah!!  So now Al is off to Miami for hopefully his last eye recheck before having the oil bubble removed.  And I get to stay on the boat and work on getting her back in order.  Thanks for all the notes of concern over the past week.  It is nice to be cared about!