A Poignant Cruising Day Through NYC 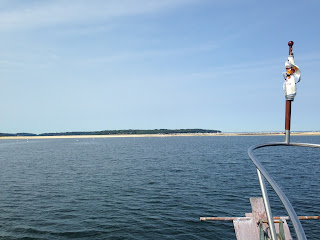 We woke to a lovely day on Monday 9/11 and took time to walk the quiet neighborhood by this beach because we had to time our arrival at the Throgs Neck Bridge at a bit before high tide which was at 3:33pm and we had about 3 hours to cruise to get there.  The plan was to time our trip on the East River to pick up current rather than fight it through New York.  The East River has some serious current that is oposite of the current direction in the Long Island Sound so it takes some planning.  We also checked with the Coast Guard to be sure there were no restrictions because it was 9/11.  So on we went for a fairly uneventful day of cruising. 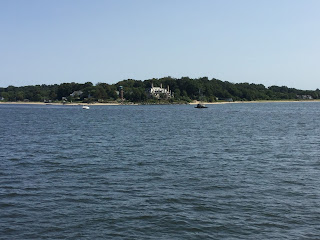 This is the Sands Point Light House that faces the Throgs Neck bridge. 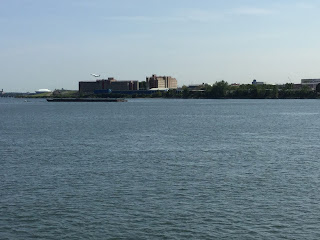 We passed the infamous Rikkers Island while watching a plane take off from LaGuardia Airport. This island has multiple buildings that must house a ridiculous number of New York inmates; such a waste of people's lives. 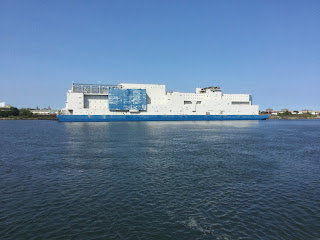 Then we passed this unidentified ship kinda building; Any guess what this is? 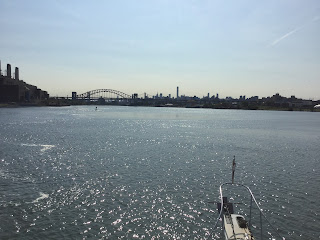 This is the view as we entered the area called "Hell Gate" which is close to where the Harlem River meets the East River and has the heaviest current so we timed it perfectly to allow the current to push us along toward the Triborough Bridge. 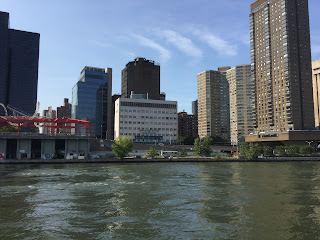 The cream colored building in the center is a medical center for animals!!  Only in New York would there be a building that size dedicated to pet medical care! 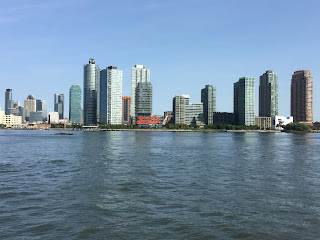 Some kind of famous Pepsi sign that asked to be in a photograph! 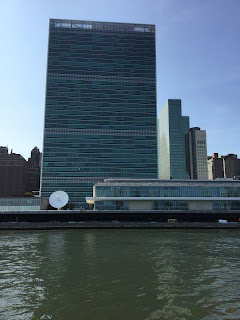 Disappointed when we passed the UN which was 2 days away from a General Session and had no flags or other international decorations!  What's with that? 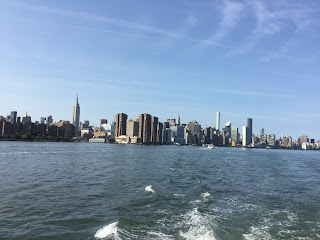 Then on past the Empire State Building and lots of other skyscrapers. 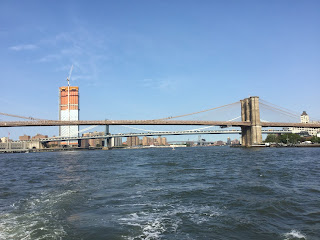 Looking back over the stern after we went under the (front to back in the picture) Brooklyn Bridge, Manhattan Bridge, and Williamsburg Bridge, and finally arrived at the Battery. 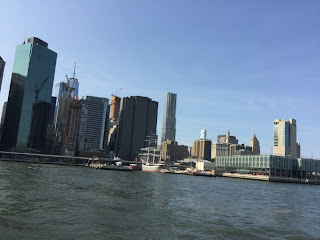 Passing the Battery with a glimpse of One World Trade Center. 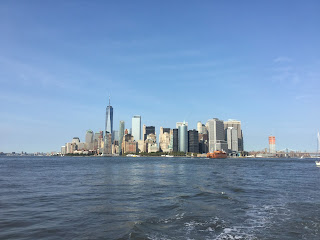 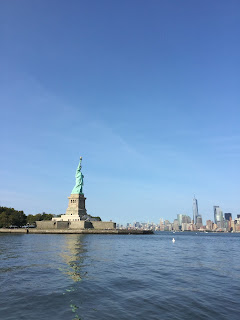 Then we proceeded past Miss Liberty as she gazes at 1 World Trade Center. 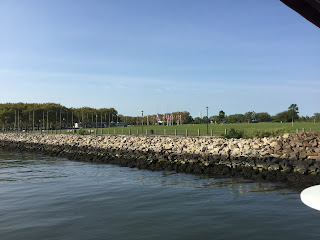 And navigated the shallow chanel to our anchorage past Liberty Park with flags at half mast. 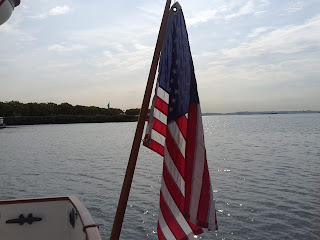 And then to our anchorage behind the Statue of Liberty.  Hard to believe we are in such calm water not far from the ever busy New York Harbor.  This place is a well kept secret!  We were lucky to have fellow loopers fill us in on this location! 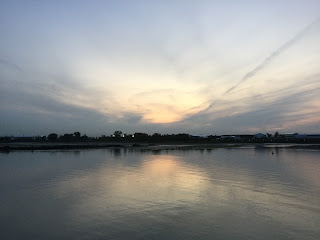 A quiet night in our peaceful anchorage. 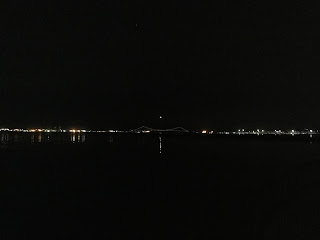 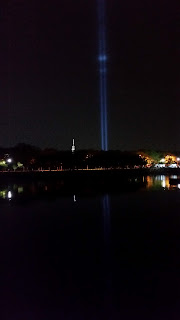 And New York City's Tribute in Light which marks the location of the TwinTowers.  We could see this clearly from our anchorage and the lighted tower to the left is One World Trade Center.  Quite an amazing sight for us. 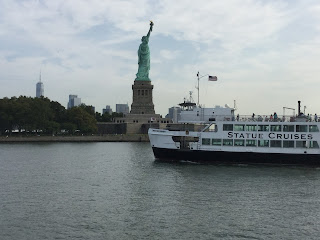 Then on Tuesday morning 9/12 we left our anchorage to head up the Hudson and again passed Lady Liberty. 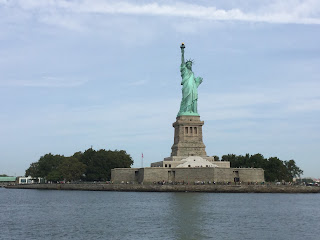 The Statue of Liberty stands tall and proud of our great nation.  What a wonderful experience over the past 24 hours!