And so we slowly make our way!

After reviewing a cruising guide to see what is ahead, we decided to run 60 miles today which at 9.5 miles per hour, meant cruising most of the day.  The weather was overcast and the wind made it chilly requiring layered clothing and gloves.  Saw lots of commerce on the river. 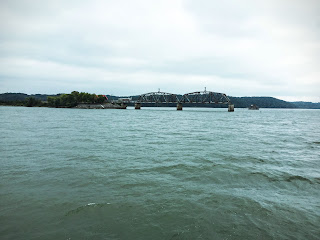 Passed an old railroad bridge or part of it and in the distance can be seen a grain depot that survived the river becoming a lake so no longer could be a viable business. 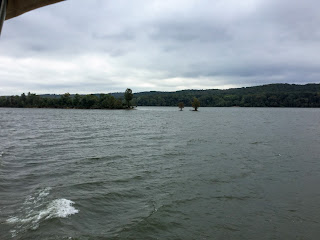 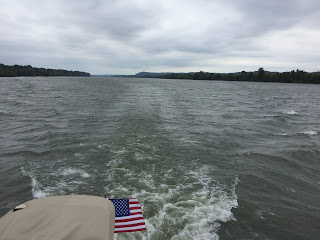 from the stern as we cruised along, wide open waterway! 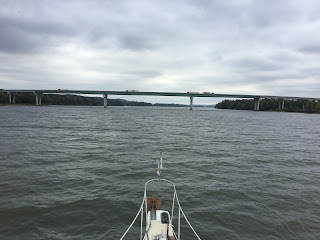 Approaching I40, yes we are still on the map of Tennessee!  All those trucks and cars of working people, so nice to be retired! 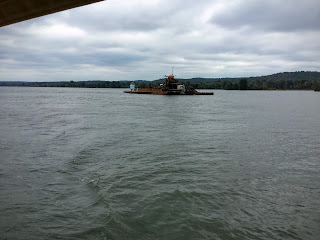 A working dredge pulling sand up from the river bottom.  Nature giving comerce to the humans on this earth! 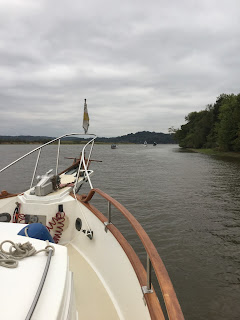 Here we are at anchor with other looper boats hiding behind an island in calm waters and finding warmth in the boat while the wind howls outside.  Another day of relaxation and travel on the water.